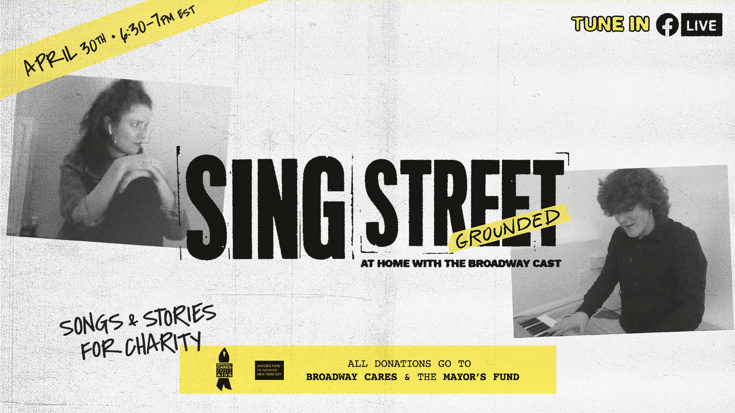 The new stage musical Sing Street, from the writers of Once, may have to wait before it can make its Broadway debut, but that hasn’t stopped the show from keeping the music alive.

Relying on the talented cast, strength of the new Broadway score and beating heart of the uplifting story, Sing Street is giving fans a sneak peek of the new musical with an at-home performance featuring songs from the show including “Up,” “Drive It Like You Stole It” and “Go Now,” as well as “Love and Stars,” the world premiere of a new song written for the Broadway production.