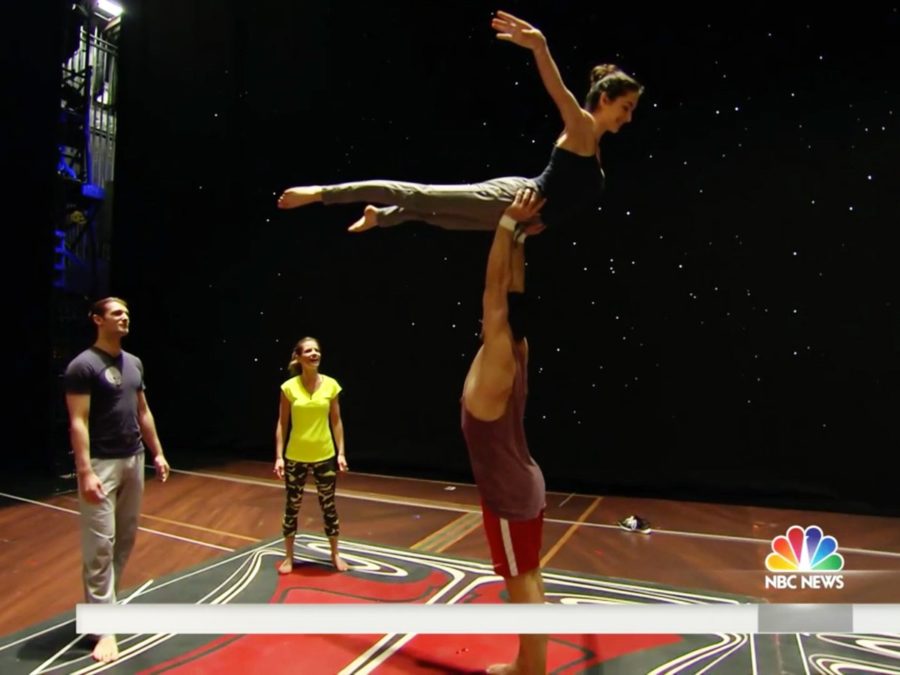 Cirque du Soleil-Paramour Takes Us Behind the Scenes

Cirque du Soleil’s Broadway debut Paramour will bring the term “triple threat” to new heights. The prospect of acting, singing, dancing and acrobatics in one Great White Way musical have got theater, circus and stunt fans alike waiting with baited breath to step right up at the Lyric Theatre. Fortunately for us, headliners Ruby Lewis and Bradley Dean recently took The Today Show behind the scenes for a sneak peek at the upcoming production. It seems ensemble members juggling umbrellas, a New York City rooftop chase (on trampolines) and an epic love triangle are just a few of the tricks Paramour has behind its curtains. Performances begin on April 16, and the spectacle officially opens on May 25. Feast your eyes on the video below!