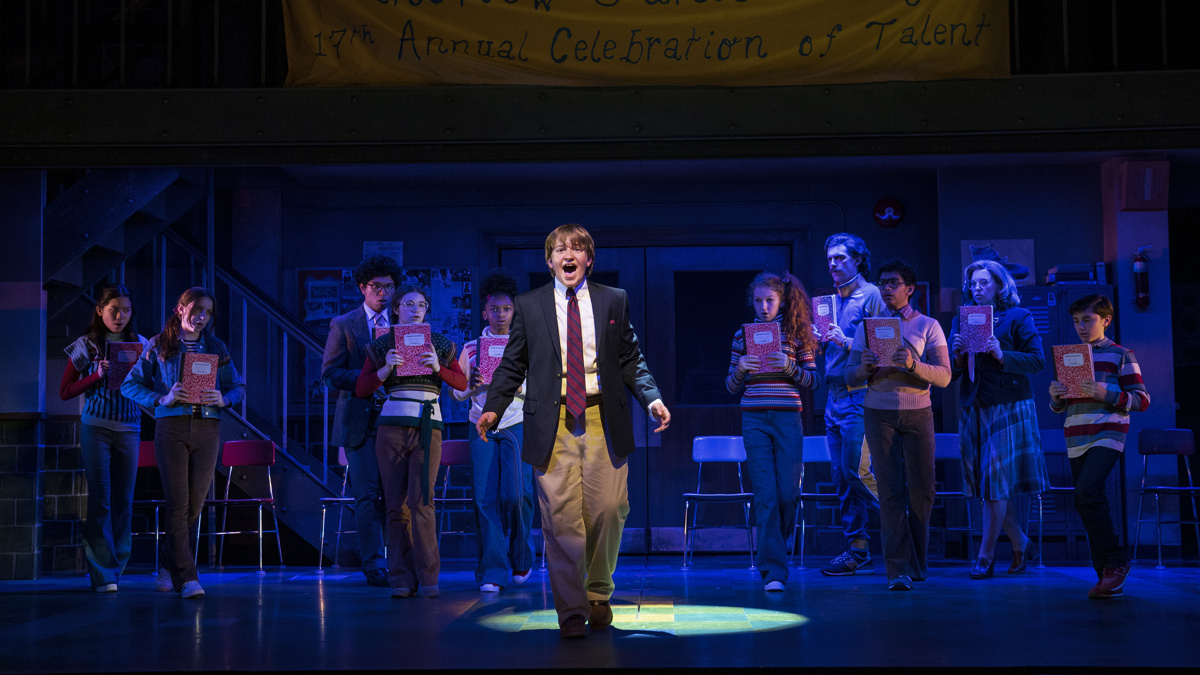 Get a First Look at the New Off-Broadway Musical Trevor

Get a first look at the new off-Broadway musical Trevor with these fresh production photos. The musical, which is based on the Academy Award-winning short film of the same name, began performances at off-Broadway’s Stage 42 on October 25 and officially opens on November 10. Trevor features a book and lyrics by Dan Collins and music by Julianne Wick Davis. Beautiful – the Carole King Musical director Marc Bruni and choreographer Joshua Prince reunited for this show. Holden William Hagelberger stars in the title role of the musical, which follows 13-year-old Trevor as he struggles to navigate his own identity and determine how he fits in a challenging world. It is based on an original story by Celeste Lecesne and the Academy Award-winning short film, Trevor, directed by Peggy Rajski. The Trevor Project, founded by Rajski, Stone and Lecesne, was created as a result of the Trevor film and is not affiliated with the musical. The musical’s cast also features Mark Aguirre, Aaron Alcaraz, Ava Briglia, Sammy Dell, Ellie Kim, Colin Konstanty, Diego Lucano, Alyssa Emily Marvin, Isabel A. Medina, Echo Deva Picone, Brandi Porter, Dan Rosales, Aryan Simhadri, Yasmeen Sulieman, Sally Wilfert and Jarrod Zimmerman. Check out the photos below!