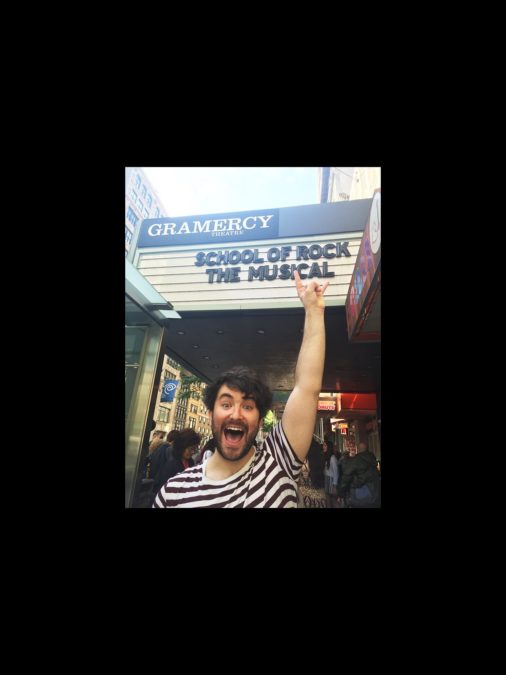 After successfully schooling the workshop of School of Rock—The Musical in rock appreciation, Alex Brightman (no relation!) will lead the production on Broadway. He is appearing in the role of Dewey in the tryout of the show, which is currently playing to invited audiences at New York's Gramercy Theatre. School of Rock will begin previews on November 9 and officially open on December 6 at the Great White Way's Winter Garden Theatre.

“I’ve come to consider the casting of an actor named ‘Brightman’ in a starring role something of a good luck charm for a long, healthy run on Broadway,” said Lloyd Webber in a statement. “Alex, lucky for us, also happens to be a remarkable Dewey Finn. The wonderful thing about seeing him play this role is that you get the sense that he’s having every bit as much fun performing as we are watching, and the result is positively infectious.”

Brightman's Broadway credits include Big Fish, Matilda, Wicked and Glory Days. This will be the first time that he has originated the lead role in a big Great White Way musical. Lloyd Webber has a long history of star-making—his more recent discoveries include Sierra Boggess and Ramin Karimloo (who both appeared in Phantom before leading his first production of Love Never Dies), along with Jessie J and Samantha Barks.

Directed by Les Miz's Laurence Connor, the tuner features music from the movie, as well as new music written by Lloyd Webber and lyricist Glenn Slater, with a book by Downton Abbey’s Julian Fellowes. The film was penned by Mike White, directed by Richard Linklater and starred Jack Black as wannabe rock star Dewey Finn, who poses as a substitute teacher at a prestigious prep school. When he discovers his students’ musical talents, he enlists his fifth-graders to form a rock group and conquer the Battle of the Bands.