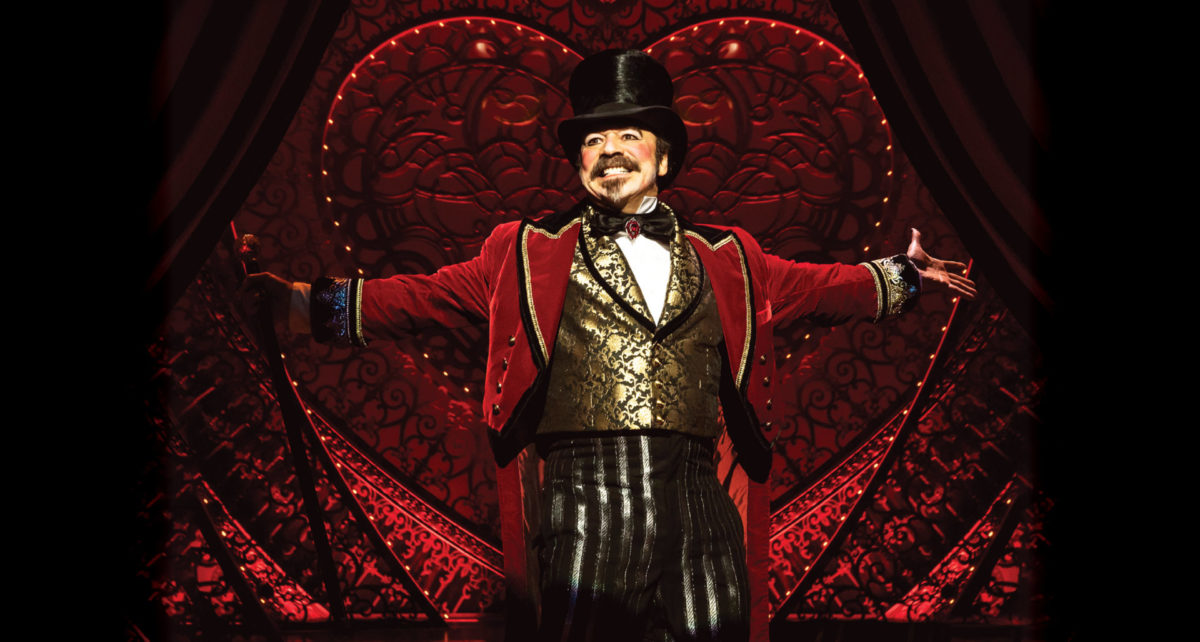 The biggest hits on Broadway are headed to New Orleans as part of the just-announced Broadway in New Orleans at the Saenger Theatre 2020-21 season!

Learn more about all of the exciting Broadway shows headed to New Orleans below:

AIN’T TOO PROUD: THE LIFE AND TIMES OF THE TEMPTATIONS

Ain’t Too Proud is the electrifying, new smash-hit Broadway musical that follows The Temptations’ extraordinary journey from the streets of Detroit to the Rock & Roll Hall of Fame. With their signature dance moves and silky-smooth harmonies, they rose to the top of the charts creating an amazing 42 Top Ten Hits with 14 reaching number one. Nominated for 12 Tony Awards, Ain’t Too Proud tells the thrilling story of brotherhood, family, loyalty, and betrayal, as the group’s personal and political conflicts threatened to tear them apart during a decade of civil unrest in America. The unforgettable story of this legendary quintet is set to the beat of the group’s treasured hits, including “My Girl,” “Just My Imagination,” “Get Ready,” “Papa Was a Rolling Stone” and so many more. Written by three-time Obie Award winner Dominique Morisseau, directed by two-time Tony Award winner Des McAnuff (Jersey Boys) and featuring the Tony-winning choreography of Sergio Trujillo (Jersey Boys, On Your Feet!), Ain’t Too Proud launches their first national tour to over 50 cities across America.

Enter a world of splendor and romance, of eye-popping excess, of glitz, grandeur and glory! A world where Bohemians and aristocrats rub elbows and revel in electrifying enchantment. Pop the champagne and prepare for the spectacular spectacular…welcome to Moulin Rouge! The Musical! Baz Luhrmann’s revolutionary film comes to life onstage, remixed in a new musical mash-up extravaganza. A theatrical celebration of truth, beauty, freedom and—above all—love, Moulin Rouge! is more than a musical; it is a state of mind. Directed by two-time Tony nominee Alex Timbers, Moulin Rouge! has a book by Tony winner John Logan (Red), choreography by Sonya Tayeh (So You Think You Can Dance), and music supervision, orchestrations, and arrangements by Justin Levine (Bloody Bloody Andrew Jackson). The show incorporates original songs and pop standards heard in the film, as well as familiar tunes released in the 17 years since the star-crossed lovers first hit the screen, including Adele’s “Rolling in the Deep,” Lady Gaga’s “Bad Romance,” Sia’s “Chandelier,” Beyoncé’s “Single Ladies,” Katy Perry’s “Firework,” and more!

No matter how you say it, Tootsie is unanimously funny! It’s a laugh-out-loud love letter to the theatre, based on the Oscar-nominated film. Featuring a Tony-winning book by Robert Horn and an outrageously clever score by 2018 Tony winner David Yazbek (The Band’s Visit, Dirty Rotten Scoundrels), this New York Times Critic’s Pick is a “hilarious, thoroughly modern Tootsie” (People Magazine) that’s “even funnier than the movie!” (New York Post). “In these turbulent times, with the world out of balance, we need a place to let the good times roll,” says Rolling Stone, “Tootsie is it.”

From Lincoln Center Theater that brought you The King & I and South Pacific, comes “a sumptuous new production of the most perfect musical of all time” (Entertainment Weekly), Lerner & Loewe’s My Fair Lady. Director Bartlett Sher’s glowing production is “thrilling, glorious and better than it ever was” (The New York Times). “Every so often a revival comes along that reminds you how indispensable great theater can be” (NY1). Boasting such classic songs as “I Could Have Danced All Night,” “The Rain in Spain,” “Wouldn’t It Be Loverly” and “On the Street Where You Live,” My Fair Lady tells the story of Eliza Doolittle, a young Cockney flower seller, and Henry Higgins, a linguistics professor who is determined to transform her into his idea of a “proper lady.” But who is really being transformed?

Cats, the record-breaking musical spectacular by Andrew Lloyd Webber that has captivated audiences in over 30 countries and 15 languages, is now on tour across North America! Audiences and critics alike are rediscovering this beloved musical with breathtaking music and stunning choreography. Winner of seven Tony Awards, including Best Musical, Cats tells the story of one magical night when an extraordinary tribe of cats gathers for its annual ball to rejoice and decide which cat will be reborn. The original score, including one of the most treasured songs in musical theater, “Memory,” new choreography by Andy Blankenbuehler (Hamilton), and direction by Trevor Nunn (Les Misérables) make this production a new Cats for a new generation. Experience Cats for the first time as it begins a new life, or let it thrill you all over again!

Hamilton is the story of America then, told by America now. Featuring a score that blends hip-hop, jazz, R&B, and Broadway, Hamilton has taken the story of American founding father Alexander Hamilton and created a revolutionary moment in theatre—a musical that has had a profound impact on culture, politics, and education. With book, music, and lyrics by Lin-Manuel Miranda, direction by Thomas Kail, choreography by Andy Blankenbuehler, and musical supervision and orchestrations by Alex Lacamoire, Hamilton is based on Ron Chernow’s acclaimed biography. It has won Tony, Grammy, and Olivier Awards, the Pulitzer Prize for Drama, and an unprecedented special citation from the Kennedy Center Honors. The Hamilton creative team previously collaborated on the 2008 Tony Award-winning Best Musical In the Heights.

Come see how the world could be. Welcome to Hadestown, where a song can change your fate. Winner of eight 2019 Tony Awards, this acclaimed new musical by celebrated singer-songwriter Anaïs Mitchell and innovative director Rachel Chavkin (Natasha, Pierre & The Great Comet of 1812) is a love story for today…and always. Hadestown intertwines two mythic tales—that of young dreamers Orpheus and Eurydice, and that of King Hades and his wife Persephone—as it invites you on a hell-raising journey to the underworld and back. Mitchell’s beguiling melodies and Chavkin’s poetic imagination pit industry against nature, doubt against faith, and fear against love. Performed by a vibrant ensemble of actors, dancers and singers, Hadestown is a haunting and hopeful theatrical experience that grabs you and never lets go.

For more information about the series and the benefits of being a subscriber, click here.