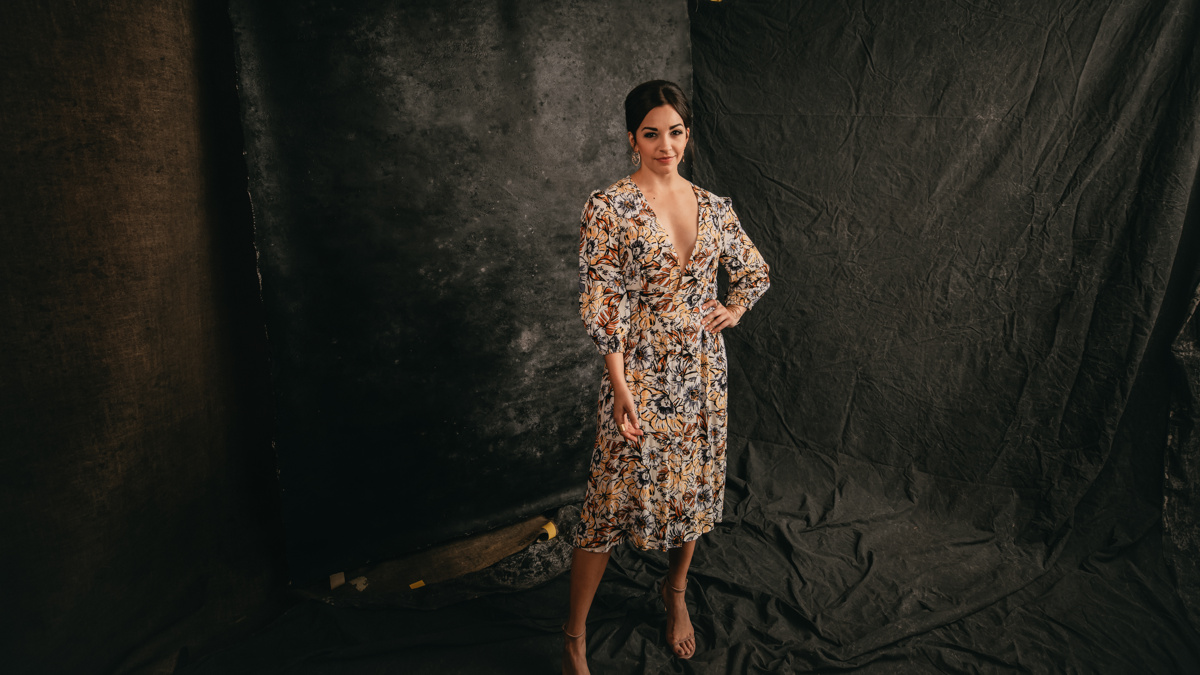 Ana Villafañe Lands Lead Role in Alina of Cuba: La Hija Rebelde
The name on everybody’s lips is still Ana! Following her Broadway run as Roxie Hart in Chicago, Ana Villafañe has landed roles on both the Apple TV+ series Bad Monkey and now in the indie feature Alina of Cuba: La Hija Rebelde. Deadline reports that Villafañe will play the lead role of Fidel Castro’s daughter, anti-communism activist Alina Fernandez, in the biopic. Miguel Bardem will direct the project, which is scheduled to shoot in Cartagena, Colombia this summer.

See James Lapine & More Discuss Sunday in the Park with George
James Lapine’s book Putting It Together: How Stephen Sondheim and I Created ‘Sunday in the Park with George’ delves into his creative process on one of his most beloved musicals, taking readers inside the two-year process of turning Georges Seurat’s masterwork Sunday on the Island of La Grand Jatte into a Broadway musical. Lapine and original stars Bernadette Peters and Mandy Patinkin sat down on CBS Sunday Morning to discuss the new work—and shared some fun memories about the show. Watch below!

Six Queen Anna Uzele Lands Role on Apple Series
Though Anna Uzele took her final bow in Six on March 13, she’s still reigning supreme. Variety reports that she has joined the Apple series Dear Edward from Parenthood creator Jason Katims. Uzele, Audrey Corsa, Eva Ariel Binder, Idris Debrand, Amy Forsyth, Brittany S. Hall, Carter Hudson, Maxwell Jenkins, Jenna Qureshi, Ivan Shaw and Dario Ladani Sanchez will all star in the series alongside Connie Britton, Taylor Schilling and Colin O’Brien. Based on the book of the same name by Ann Napolitano, Dear Edward tells the story of Edward Adler (O’Brien), a 12-year-old boy who survives a devastating commercial plane crash that kills every other passenger on the flight, including his family. Uzele will play Adriana, a whip-smart activist who is just starting her career and reevaluates her professional life after she loses her grandmother, the second-ever black Congresswoman.

Check Out Photos of James McAvoy in Cyrano de Bergerac at BAM
James McAvoy is Brooklyn-bound! As previously reported, the Golden Globe and Olivier-nominated actor will return to the title role of Edmond Rostand’s Cyrano de Bergerac, for which he earned an Olivier nomination in 2020, when the production plays at the Brooklyn Academy of Music. This transfer was originally announced to run in May 2020, and will now play from April 5 through May 22. The piece, which opens on April 14, is adapted by Martin Crimp and directed by Olivier winner Jamie Lloyd. Take a look at the staging below.