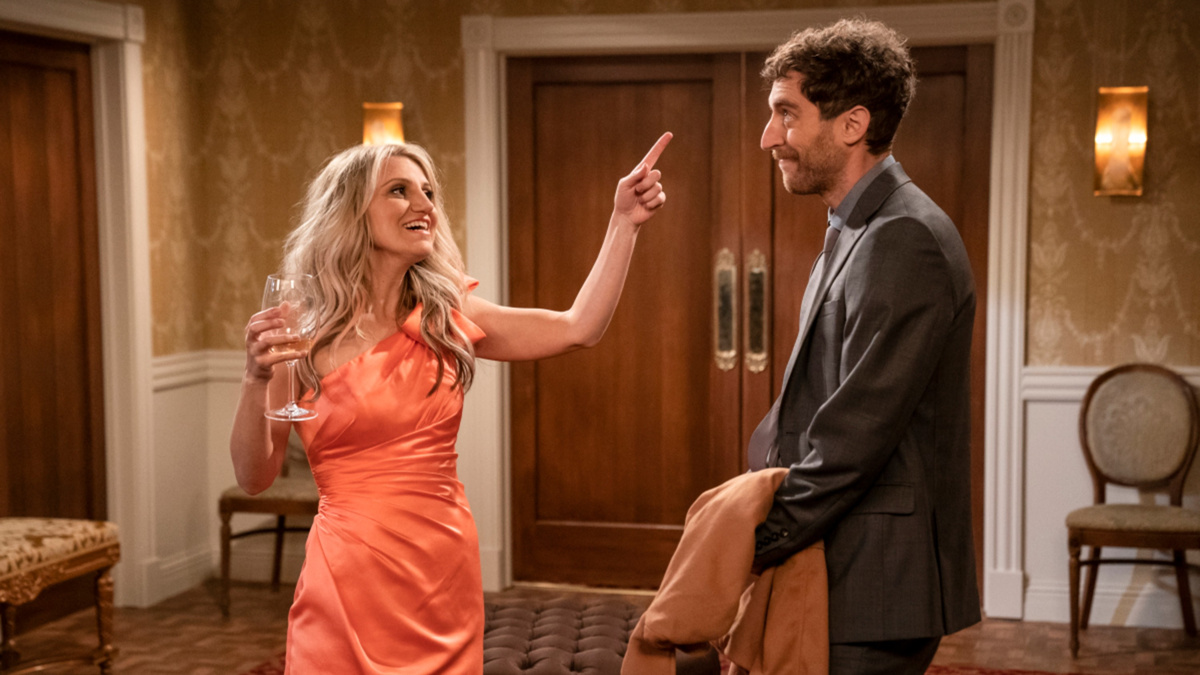 Annaleigh Ashford-Led B Positive Earns Full Season Order
CBS has given B Positive, a new comedy starring Tony winner Annaleigh Ashford and Thomas Middleditch, an additional five episodes making it a full season of 18 episodes. The series follows a newly divorced dad (Middleditch), who is faced with finding a kidney donor when he runs into a rough-around-the-edges woman from his past (Ashford), who volunteers her own. B Positive was the first new CBS show to debut as part of the 2020/21 broadcast season. It will return with new episodes on January 7.

Mrs. Maisel Talents Team Up for Touching Christmas Song
The Marvelous Mrs. Maisel fans ought to know this fun fact: with a cast full of Broadway talents like Tony Shalhoub, Zachary Levi, Jane Lynch, Katrina Lenk, Laura Dreyfuss and many more, Broadway’s golden-voiced Darius de Haas lent his vocals to the character of singer Shy Baldwin (played onscreen by Leroy McClain) in seasons two and three. Now, he has collaborated with the show’s Emmy-nominated songwriting duo Thomas Mizer and Curtis Moore on a holiday song, “Let Me Carry You This Christmas.” The music video includes footage of de Haas’ parents Geraldine and Eddie outside of The Actors Fund Home. Get the tissues ready, and enjoy the video below!

The West End’s Life of Pi Rescheduled for September 2021
Based on Yann Martel’s Prize-winning bestseller of the same name, Life of Pi is headed to the West End. The show is now scheduled to start performances beginning on September 26, 2021 at the Wyndham’s Theatre, which has been reconfigured for the production. The show was adapted from Martel’s novel by Lolita Chakrabarti and is directed by Max Webster. Life of Pi features puppet designs by Tim Hatley and Finn Caldwell of Gyre and Gimble and Nick Barnes.

Hamilton Olivier Winner Giles Terera to Release Hamilton and Me: An Actor’s Journey
Giles Terera, who won an Olivier Award for his portrayal as Aaron Burr in Hamilton, has announced his upcoming book Hamilton and Me: An Actor’s Journey, which will be released by Nick Hern Books in summer 2021. “As an actor, I’ve always kept rehearsal journals. It helps me process what I’m experiencing as well as helping me remember what I’m supposed to be doing,”Terera said in a statement. “When I was asked to play the part of Aaron Burr in Hamilton, I knew that it would be both an incredible challenge and an extraordinary journey—one I wanted to learn from as well as enjoy. So, every day, I kept notes on the work and the experience. I’m so happy that an experience which has been so life-changing for me might now be of use to students, theatre-makers and anyone who loves Hamilton as much I do.” Hamilton‘s Tony-winning creator Lin-Manuel Miranda penned the foreward for the upcoming release.

New Book on the Life of Music Director Paul Gemignani Released in Next Year
Theater historian Margaret Hall is set to release Gemignani: Life & Lessons from Broadway & Beyond in the fall of 2021. Published by Applause Theatre and Cinema Books, the new work will highlight Paul Gemignani, the music director of over 40 Broadway productions who has collaborated with Stephen Sondheim, Andrew Lloyd Webber, John Kander, Fred Ebb, Hal Prince, Michael Bennett and Alan Menken. Gemignani seeks to not only bring readers into the orchestra pit to learn Gemignani’s side of the story, but to educate about the crucial role a music director plays in bringing shows to life.

P.S. Watch Leslie Odom Jr. and more Hamilton alums sing out a fresh rendition of “Joy to the World.”