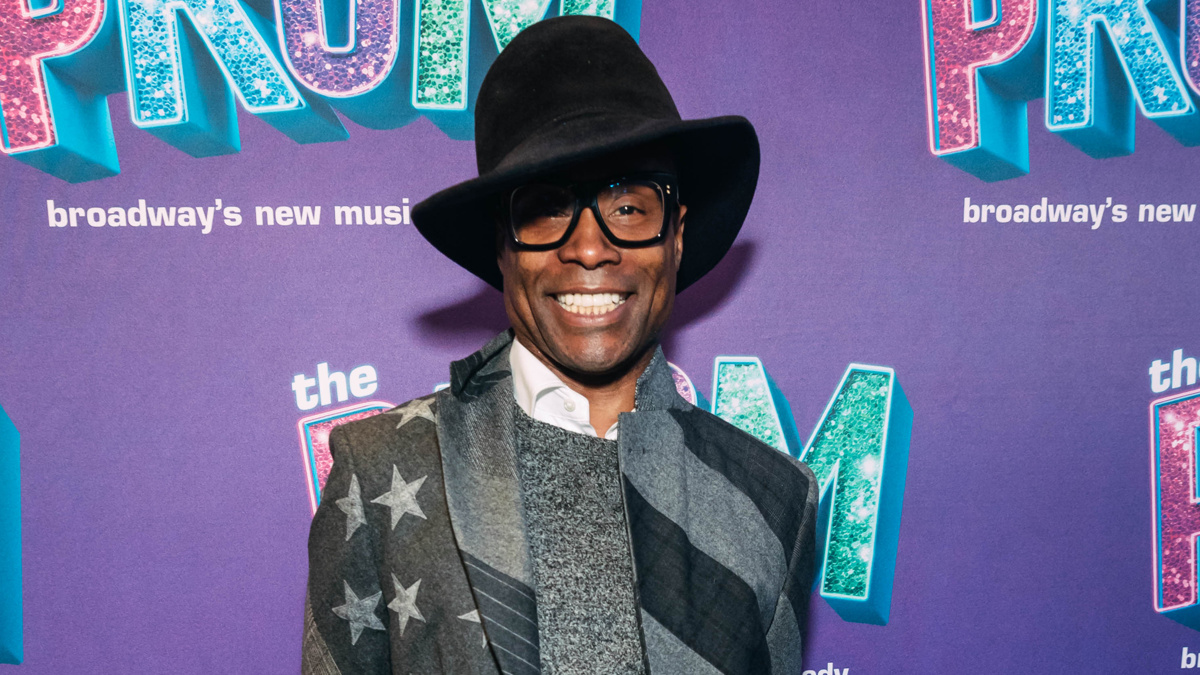 Billy Porter’s Unprotected to Hit Shelves in October
The category is: pre-order! As previously announced, Tony and Emmy winner Billy Porter, who recently revealed his HIV positive status, has written a memoir. “It created a space for profound healing for me, healing of old traumas that I didn’t realize I had not healed,” Porter said about writing. the book, which he penned during the COVID-19 pandemic. “This book really allowed for me to excavate the transformative power of healing. I’m really grateful for that.” The book is called Unprotected and will be published by Abrams Press on October 19.

Black Theatre Coalition Announces Paid Fellowship Program
Applications are now being accepted for the Black Theatre Coalition‘s paid BTC Fellowship Program. Available programs include year-long fellowships in producing, writing, composition, directing, choreography, set design, lighting design, costume design, sound design, video design, wigs/hair design, stage management, theater management, musical direction, casting, marketing and advertising, public relations, digital media, talent agenting and a two-year fellowship in general management. Each fellow will receive $50,000 in salary and grant over the 12-month fellowship. A total of 48 fellowships will be awarded with two in each category, except for general management and producing, in which there will be six fellows for each. Submissions are due by July 16.

Rachel Bay Jones Set for United States of Al
Dear Evan Hansen Tony winner Rachel Bay Jones is set to play a recurring role on the CBS comedy The United States of Al, according to Deadline. The new series, which stars Adhir Kalyan and Parker Young, is about the friendship between a Marine combat veteran struggling to readjust to civilian life in Ohio and the interpreter who served with his unit in Afghanistan and has come to America for a fresh start. Jones will play Lois, a divorcee who will be introduced on the series on June 3. United States of Al airs on Thursdays at 8:30PM ET on CBS.

Krysta Rodriguez to Star in New TBS Pilot Space
Broadway’s Krysta Rodriguez, who can be seen as Liza Minnelli in Netflix’s Halston, has been tapped to star in the new TBS scripted romantic-comedy pilot Space, written and executive produced by Hilary Winston, according to Deadline. The series follows a long-term couple on the verge of a break-up who are granted the ultimate space to figure out their future when they suddenly begin jumping into the bodies of other couples. The cast will also include Jake Lacy, Ally Maki, Caleb Hearon and Rachel Pegram.

Get Excited for Girl From the North Country‘s Return
The Broadway company of Girl From the North Country has continued to make music, perform and share creative takes on numbers from the show throughout the COVID-19 pandemic. With the announcement that the show will resume performances at the Belasco Theatre beginning on October 13, the latest video is especially uplifting. Here’s another video directed by cast member Kimber Elayne Sprawl. This one stars Todd Almond as he returns to the theater for the first time and performs “Duquesne Whistle.” Check it out below.

Bonnie Comley Named President of the Drama League’s Board of Directors
The Drama League has announced that three-time Tony-winning producer and BroadwayHD Founder and CEO Bonnie Comley will become the organization’s new Board President. Having served on the Board since 2009 and having been elected to three terms as Vice President of the Drama League, Comley succeeds Stan Ponte, who is stepping down due to term limits but will remain on the Board of Directors. Additional officers of the Board for this term will be Vice Presidents Joseph Pizza and Arthur Pober, Secretary Donna Daniels and Treasurer Tony Benten. The 87th annual Drama League Awards ceremony took place virtually and celebrated theater makers who created digital and socially-distanced work during the 2020-2021 season. Broadway.com’s Take Me to the World: A Sondheim 90th Birthday Celebration won the Drama League Award for Outstanding Digital Concert Production, and The Great Work Begins: Scenes from Angels In America, which streamed exclusively from Broadway.com’s YouTube channel last October to benefit amfAR‘s Fund to Fight COVID-19, also won the award for Outstanding Digital Theater, Individual Production.

P.S. Check out Broadway alum Linda Eder’s stirring version of Sara Bareilles’ “She Used to Be Mine” from Waitress.