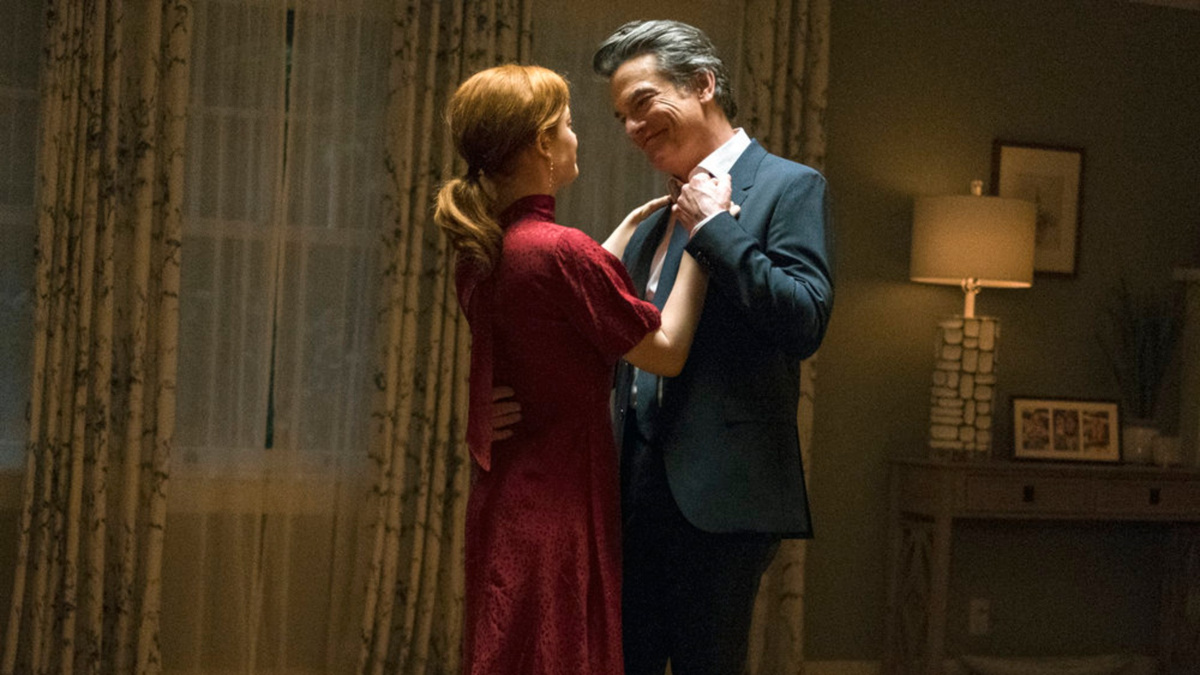 Zoey’s Extraordinary Playlist‘s Peter Gallagher loves the theater connection with the show. “It’s good to have as many Broadway vets in the cast as we have,” he said of Zoey’s Extraordinary Playlist, which features fellow Broadway alums Skylar Astin, Alex Newell, Chip Zien and Lauren Graham. “Only someone who’s done a musical for a long run really understands how much it hurts,” he joked with Broadway.com editor Paul Wontorek on the latest episode of Broadway Profiles with Tamsen Fadal.

He also talked about his daughter, Kathryn, who is a 2020 Tony nominee for her performance in Jagged Little Pill. “When Kathryn was three or four, she saw Annie. She would dress as Annie every day of the week,” Gallagher said. “She would insist on going to school in the dead of winter with her little Mary Janes and her little ankle socks and her red dress.”

While Gallagher is perhaps best known for his numerous screen credits, theater has a special place in his heart. “There’s just nothing like live theater,” he said. “When things work in theater, for a moment, nobody feels alone.” Enjoy the interview below, and head here to check your local listings for Broadway Profiles. Hosted by Emmy-winning anchor Tamsen Fadal and powered by Broadway.com, it is the only nationally syndicated weekly theater news program.