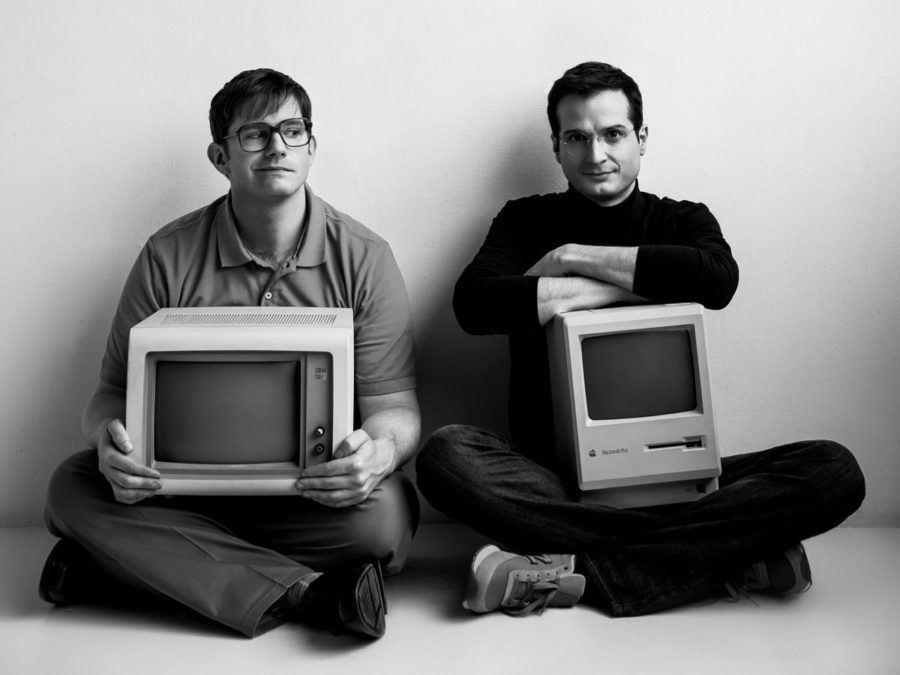 The geeks are now in place! Tony nominee Rory O'Malley and Bryan Fenkart have boarded the cast of Nerds, A Musical Dot-Comedy as Bill Gates and Steve Jobs, respectively. Also on board are Patti Murin, Lindsay Mendez, Benny Elledge, Rob Morrison and Kevin Pariseau. Directed by Casey Hushion and choreographed by Josh Bergasse, the new tuner is set to begin previews on April 1 and will officially open on April 21 at the Longacre Theatre.

O'Malley earned a Tony nod for his performance as Elder McKinley in The Book of Mormon. His additional credits include The 25th Annual Putnam County Spelling Bee and Nobody Loves You. Fenkart made his Broadway debut in Memphis. He recently appeared in Diner at the Signature Theater in Virginia.

Murin, who takes on the role of Sally, has appeared in Lysistrata Jones and Xanadu on Broadway and in Wicked on tour. Mendez, who will play Myrtle, has previously starred in Wicked on Broadway and Dogfight off-Broadway. Nerds will mark Elledge's Broadway debut; he will portray Steve Wozniak in the new musical. Morrison, set to play Paul Allen, also makes his Broadway debut in Nerds. Pariseau's previous credits include Legally Blonde, Slut and I Love You, You're Perfect, Now Change; he takes on the role of Tom Watson.

Another crucial cast member: you, by way of app integrations before and after the show and during intermission. The social interaction will allow theatergoers to chat with fellow audience members, choose the show's ending and more.

Featuring a book and lyrics by Jordan Allen-Dutton and Erik Weiner and music by Hal Goldberg, Nerds tells the story of the rise of computer technology and the two men that made it all possible—Bill Gates and Steve Jobs. The production follows the founding fathers of personal computing as they transform from nerds to billionaires.

Nerds previously ran in 2013 at North Carolina Theatre’s Progress Energy Center for the Performing Arts, with Stanley Bahorek as Bill Gates, Darren Ritchie as Steve Jobs, Diana DeGarmo as Sally and Leslie Kritzer as Myrtle, under the direction of Marc Bruni.