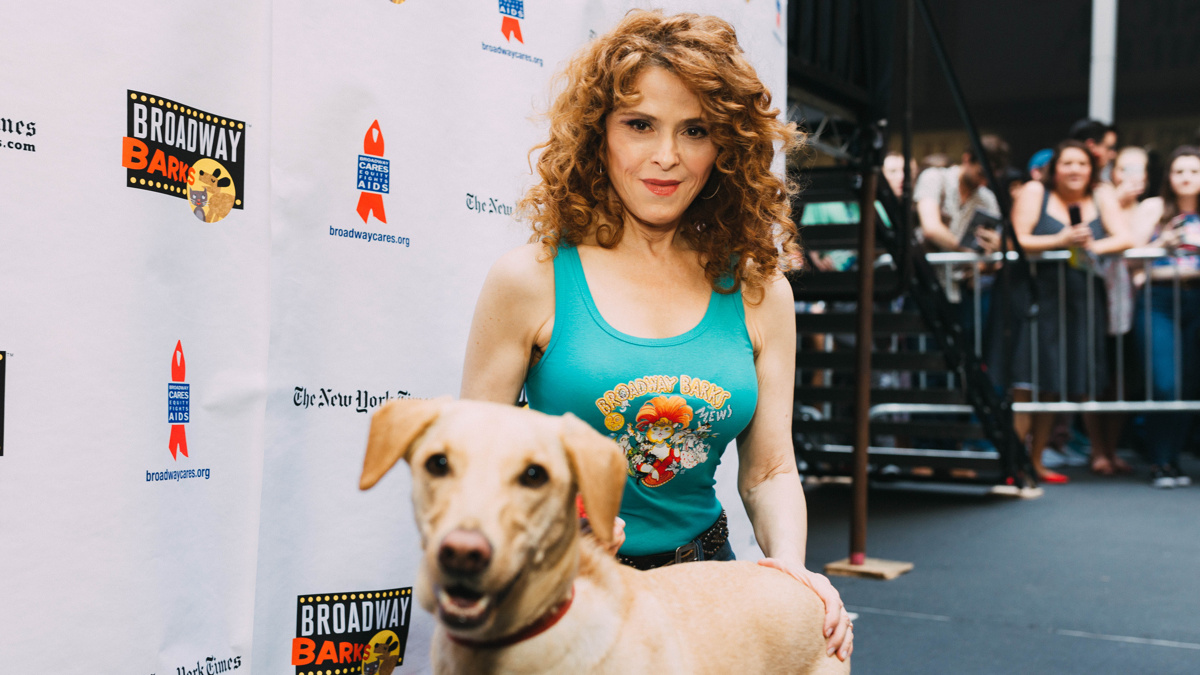 Broadway Barks Across America, a livestream version of the popular event hosted by Bernadette Peters will premiere on Broadway.com for the second year in a row. The streaming event features adoptable animals presented by celebrities across the country. Produced with Broadway Cares/Equity Fights AIDS and Broadway.com, Broadway Barks can be seen on our YouTube page on May 23 at 7PM ET.

“As the country remains diligent and practices distance safety measures, I am thrilled to be partnering with Broadway.com yet again to present our annual event to the country safely,” said Peters. “With the success of our first virtual event and the spotlight we were able to give to many shelters who can’t participate in our in-person event in Shubert Alley, we are excited to be presenting more animals from more shelters.”

Peters founded Broadway Barks with her friend, the late Mary Tyler Moore, in 1998. In its 23 years, it has become New York City’s premiere animal adoption event, featuring more than 2,000 cats and dogs. Approximately 85% of these animals have successfully found their forever homes at Broadway Barks. A regular staple in the theater district’s Shubert Alley, this is the second time the event has gone online due to the COVID-19 pandemic.