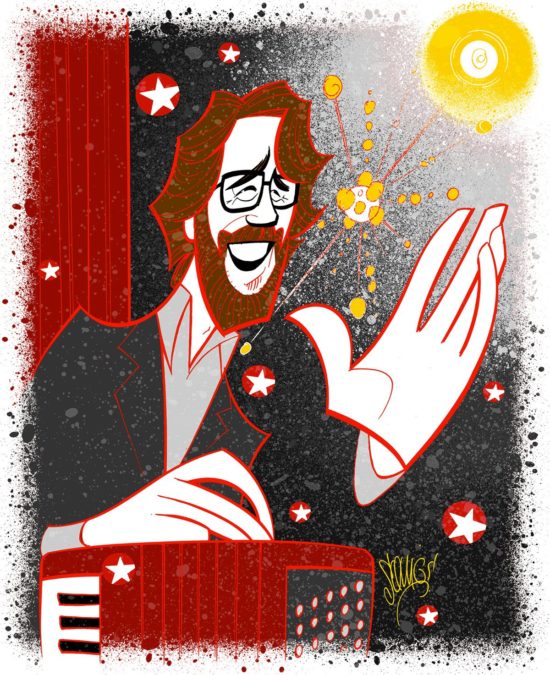 Josh Groban is Broadway.com’s 2016 Star of the Year!

Raise a glass of vodka to Josh Groban! After an intense few days of voting, you have made the crooner your 2016 Broadway.com Star of the Year. A man of his word, Groban made his long-awaited Main Stem debut this fall, headlining Natasha, Pierre & the Great Comet of 1812. Eight times a week he transforms himself into the tortured, rotund, accordion-playing Pierre, leaving audiences at the Imperial Theatre simply intoxicated by his performance. To celebrate Groban joining a club that includes Kelli O'Hara (2015), Ramin Karimloo (2014), Patina Miller (2013), Steve Kazee (2012), Daniel Radcliffe (2011 and 2008), Kristin Chenoweth (2010) and Constantine Maroulis (2009), Broadway.com resident artist Justin “Squigs” Robertson penned this portrait. Congratulations Josh, we're happy you're here on the Great White Way shooting for the stars!


About the Artist: With a desire to celebrate the magic of live theater and those who create it, and with a deep reverence for such touchstones as the work of Al Hirschfeld and the wall at Sardi’s, Squigs is happy and grateful to be among those carrying on the traditions where theater and caricature meet. He was born and raised in Oregon, lived in Los Angeles for quite a long time and now calls New York City his home.