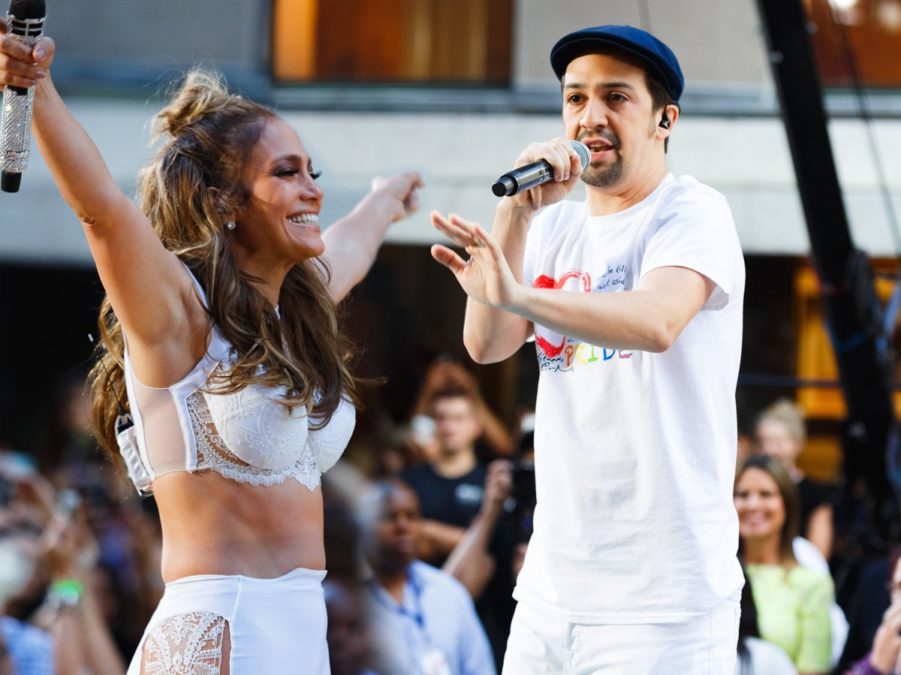 The Making of J. Lo & Lin-Manuel’s ‘Love Make the World Go Round’

Following their epic performances on The Today Show and The Tonight Show, Latin pop sensation Jennifer Lopez and Hamilton mastermind Lin-Manuel Miranda have released a video of the making of their chart-topping hit "Love Make the World Go 'Round." The two paired up to create the track, which is a tribute to the victims of the tragic Orlando shooting that occurred on June 12. From behind the laptop in the recording studio to shaking it on the roof of the Richard Rodgers, watch the making of J. Lo and Miranda's anthem below!